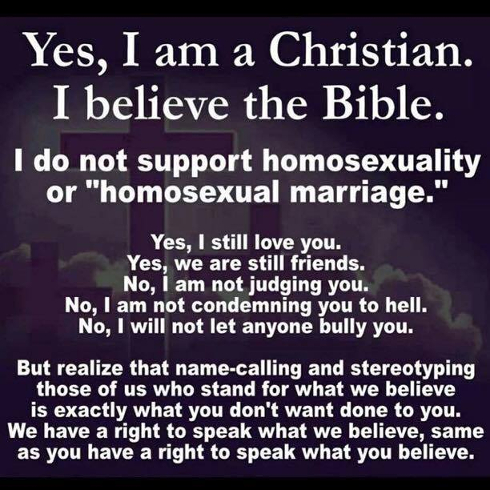 Relatively few of us, are used to becoming eyewitnesses to history. Many watched with reverent awe, as history unfolded on the day of the JFK assassination. We can remember precisely where we were when Man first landed on the Moon. Or the sombre days of the September 11, 2001 attacks. Regardless of age, most people in the world were eyewitnesses as the events unfolded, and become part of the collective: American Experience.

That experience reverberated today, when we as a nation, witnessed the Supreme Court of the United States, declare same-sex marriage as the law of the land. This is a day, not unlike previous events that sharpened our character and resolve. We inextricably witnessed a paradigm shift in the nature of who we are as a society, and a nation.

The decision today, underscores how far this nation has fast tracked from God’s Grace and tender mercies.

Chief John Roberts dissent on Gay Marriage voiced these concerns, which should be a clarion call to all (excerpted):

“If you are among the many Americans — of whatever sexual orientation — who favor expanding same-sex marriage, by all means celebrate today’s decision. Celebrate the achievement of a desired goal. Celebrate the opportunity for a new expression of commitment to a partner. Celebrate the availability of new benefits. But do not celebrate the Constitution. It had nothing to do with it.”

“People of faith can take no comfort in the treatment they receive from the majority today.”

“The majority graciously suggests that religious believers may continue to “advocate” and “teach” their views of marriage. The First Amendment guarantees, however, the freedom to “exercise” religion. Ominously, that is not a word the majority uses. Hard questions arise when people of faith exercise religion in ways that may be seen to conflict with the new right to same-sex marriage—when, for example, a religious college provides married student housing only to opposite-sex married couples, or a religious adoption agency declines to place children with same-sex married couples… Unfortunately, people of faith can take no comfort in the treatment they receive from the majority today.” – Chief Justice John Roberts

Scotus declared: Gay marriage is now the law of the land.

For Christians, this is a reminder that we need to be firmly rooted in God’s word, each and every day. Who am I to declare what God has firmly established as sin, now socially acceptable?

The body of Christ MUST come together and embrace sound teaching:

For the time will come when people will not put up with sound doctrine. Instead, to suit their own desires, they will gather around them a great number of teachers to say what their itching ears want to hear. (2 Timothy 4:3 NIV)

Do not enter the apostasy of today’s decision.

My dear friends, don’t let public opinion influence how you live out our glorious, Christ-originated faith. (James 2:1 The Message)