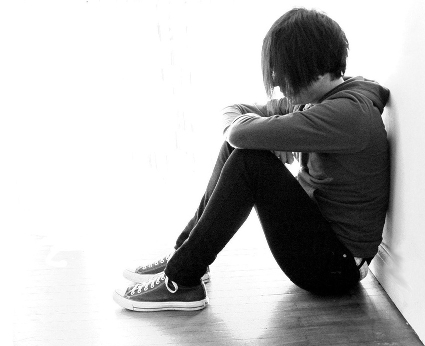 Depression and religion seem an unlikely pair. If we look closely, we find one of God’s prophet’s doing battle with this malady.

Depression is NOT a passing blue mood or a downturn in emotions. Its grip can affect those who seem least likely to battle this silent disease. How many of us suspected Robin Williams would succumb to depression and suicide? No one, is immune. Not even a prophet of God.

Let’s back up for a moment and set the scene. In 1 Kings 18, the prophet Elijah called down fire from Heaven to consume the sacrifice offered to Baal (an idol.) Instead of riding the high of success, we see in the next chapter, Elijah was fleeing for his life. 1 Kings 19:3 says: ﻿ Elijah was afraid and ran for his life.(niv)

while he himself went a day’s journey into the wilderness. He came to a broom bush, sat down under it and prayed that he might die. “I have had enough, Lord,” he said. “Take my life; I am no better than my ancestors.” 5 Then he lay down under the bush and fell asleep. (1 Kings 19:4-5 niv)

Depression gripped God’s prophet. On the heels of a success, we often find ourselves in the depths of despair. Elijah prayed that he might die. The bush that Elijah lay under was a broom tree. As we learned from past studies, that’s just enough shade to get out of the blast heat for a moment. A pause to take one more breath. One more step.

Let’s look at God’s response: ﻿All at once an angel touched him and said, “Get up and eat.” 6 He looked around, and there by his head was some bread baked over hot coals, and a jar of water. He ate and drank and then lay down again. (1 Kings 19:6 niv) Would you notice something? God did NOT scold Elijah for being depressed and wanting to die. Instead God provided an angel that said to him: Get up and eat. Depression interrupts daily lives. We lose strength and interest in the events of the day. Our busy lives demand constant attention. The first principle we learn: we need to pause and replenish our strength with food, water, and rest.

It was not until Elijah was refreshed with food and rest, that God finally gave him his marching orders: MOVE OUT! But what did he do? He hid in a cave. ﻿I am the only one left, and now they are trying to kill me too. (1 Kings 19:10b niv)

Does God yell at Elijah for being fearful once again? NO! Then a voice said to him, “What are you doing here, Elijah?” (1 Kings 19:13b) The second principle: Don’t assume everything is okay. Gently ask, “How can I pray for you?” It takes an investment in time in the life of another, to pray intelligently for someone WITHOUT using the word: bless! How much time are you investing in others lives to help them meet their goals, ambitions and dreams? James 5:16 tells us the prayers of a righteous man are powerful AND effective.

Like Elijah, we can feel like ‘we are the only one left.” Isolation breeds loneliness; Loneliness breeds despair. The vicious cycle repeats over and over again. We believe the old formula:

self-worth = my performance + other people’s opinions

Never realizing our self-worth is based fully upon the value Jesus Christ gave to our lives through His death upon the cross at Calvary. Our focus is outward; not inward.

Depression has many faces. It is NOT the result of sin. It is hidden from view. Sequestered from sharing. God’s prophet was depressed and wanted to die. Reach out to those around you. Become entangled with their dreams. Carry them in prayer during times of adversity and despair. Mountaintops become meaningless without the valleys.

The third and final principle: God often reveals himself in the resolutely insignificant. An encouraging word from a friend. A smile from a stranger at the store. The back-and-forth banter with the grocery clerk. A shared meal. We expect God to move in big ways — but often he chooses random acts of kindness to remind us of His presence. One of the greatest promises we fail to claim is Hebrews 13:8. Jesus Christ is the same yesterday, today and forever. (niv)

Let’s grow deeper in our relationship with God and others. This is NOT a contest to see who can rack up the most likes on their Facebook page. It is a battle for the hearts, minds and souls of your neighbour.

Change a mind about mental illness:

and you can change a life.