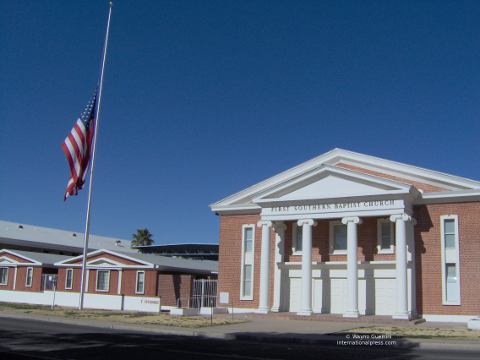 Charles Dickens in A Tale of Two Cities sad it best. It was the best of times. It was the worst of times. This is a journey each of us has undertaken. No one is immune from the influences of that fateful day: September 11, 2001. The day our world changed.

What unfolded is etched indelibly in the mind. The horror of seeing planes crash into the World Trade Centre Buildings in New York not once but twice, is a scene unlikely to be forgotten. It was indeed: The worst of times. As we saw the towers topple, we could not help but ask: why? Today, ten years later, we know the answers to those questions. The actions taken that day were born of hatred, fear, mis-trust and ignorance.

It precipitated a divisive debate on the agenda of the United States on the arena of world politics. Was the goal to remove the resolve in America for its love of freedom of thought and expression? Or was it to slowly drain this nation of its focus and resources by fighting a war on Terrorism? One ponders these things, if only briefly.

Today — we remember the worst disaster to transpire on American soil. We remember the courageous and heroic actions of United Airlines flight 93. Forty passengers determined NOT to let the terrorists taste victory. Instead they offered their lives as a living sacrifice, so that an untold number, would live. It was not the best of times.

As we honour the victims of September 11, 2001, we pause to reflect the changes forced upon all. Internally, and externally.

Two things that did not change:

1. Our borders are no more secure today, then they were a decade ago.

2. First responders still can not communicate efficiently with each other. Fire departments may not be able to talk to police departments directly. Police may not have the ability to directly communicate with hospitals. Radio Amateurs voluntarily provide vital communication links, because the U.S. Government flagrantly continues to ignore this need.

What lessons have been learned from September 11, 2001?

“Perhaps the greatest horror of war is the systematic transformation of our young men, into heroes.”
“The Outer Limits” — “The Light Brigade”