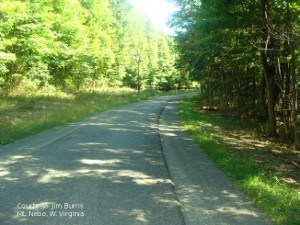 The Road Ahead: Tucson Remembers

Externally, every facet appears normal. It’s like nothing ever happened. January 8, 2011, at 10:11 am, is a date indelibly woven into the history of the Old Pueblo. At that hour, the worst mass shooting in Tucson history occurred at a supermarket just a few miles from my home.

How does a community and a nation come together to honour the 6 slain and 19 wounded? What has changed in a year? As a community, the shock and disbelief of residents are common threads of any tragedy that rattle the foundation and core of our world. No one who attended the Congress on your Corner that day, knew that such a terrifying and life changing event would ever take place in our city.

We are reminded of images of accused mass murderer Jared Lee Loughner, flashed on the screen with that sadistic and twisted smile. We saw heartfelt images of the slain and wounded. President Barack Obama came to our corner of the world, to remind us we are not forgotten. We are not lost. That although the road ahead is long and hard, we would NOT make that voyage alone. Together we Thrive became our credo. He affirmed us at every level. He infused hope when we were utterly shattered.

Perhaps the greatest inspiration of all: U.S. Congresswoman Gabrielle Giffords. Her Story of Courage and Hope continue to amaze us all. When Dianne Sawyer of ABC News interviewed Gabby and her husband, astronaut Mark Kelly, we hung on every word.

Permanent memorials have sprung up all over town, replacing the ad-hoc ones a year ago. We are beginning to leave the pain, strife and grief from a year ago and starting to put that behind us. As a community, we still have grievous wounds that remain. Time will heal the wounds but they will be scarred. Reminders of the past tragedy, but signposts of healing that has already occurred.