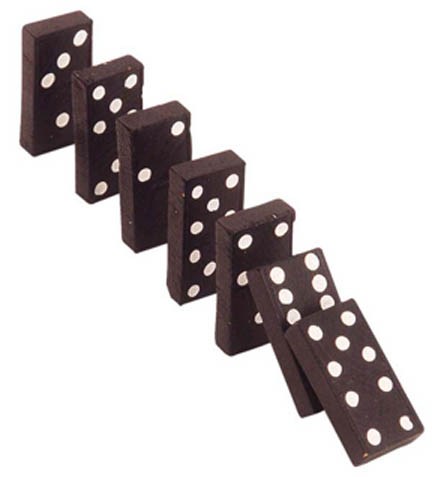 The tragic events of January 8, 2011 are firmly woven into the fabric of Tucson, Arizona. Gone are the days of innocence, that slowed to let young children grow and prosper. Instead many are left wondering what caused the fatal shootings that left 6 dead and 13 injured, including incumbent U.S. Congresswoman Gabrielle Giffords (Democrat) from the 8th Congressional District? Let’s examine the sequence of events that led to this tragedy.

It was obvious to many that accused shooter Jared Lee Loughner, is a young man in trouble. He began showing erratic behaviour to his [1] friends and family about 4 years ago. Loughner had turned from a quiet shy kid who played jazz music on his saxophone, into someone that was disconnected from reality, and later whose thoughts became nihilistic and garbled over the course of time. Family and friends were not the only ones to see this disconnect.  When Lounger tried to enlist for military service [2], he was declined because of drug use.

Perhaps the most culpable and capable, failed Jared Lee Lougner. His college. Loughner had disrupted classes at Pima Community College on five separate occasions, from February – September, 2010. After the last incident, Pima CC told Loughner he needed a mental health evaluation in order to return, and proceeded instead, to suspended him. Pima CC did NOT seek mental health assistance for Loughner, simply because he was NOT a threat to himself or to others. Therefore, he was never flagged as a mental health risk.

The first domino is now tipping.

The Mental Health Care System in Arizona must be scrutinized as well. Facing a looming $1.3 BILLION budget deficit, the State of Arizona, gutted its Mental Health Care System. Thousands [4] in Pima County were dropped. One methodology employed by the State of Arizona, was to require proof of U.S. Citizenship to continue to receive mental health services.

Gone are case management and therapy. NO follow-ups are provided. Group therapy which used to be free, now require a $15 per session co-pay. For people living on Social Security, that is a budget buster. Medication and follow-ups, which were provided by CPSA (Co-operative Partnership of Southern Arizona. CPSA is the umbrella organisation overseeing mental health care in Southern Arizona), are now taken from Medicare for those who are eligible. Medicare is now tasked with paying for Medicare-eligible seniors and the disabled. It’s still free to the patient, but shrinks the prescription drug coverage, and pushes some ever closer to the edge of the Medicare Donut Hole Prescription challenges. Arizona seemingly has un-encumbered itself from providing adequate mental health care coverage. Loughner nor any of his family, friends or associates, sought aid from this crippled and failing mental health care system.

The second domino, has flipped.

Arizona has the most lax gun laws [5], in the nation. One is permitted to carry a concealed weapon without a permit virtually anywhere in the state, and without any training. Requiring only a simple background check. Disregarding, the shootings one week after the tragedy, a long planned gun show was held at the Pima County Fair grounds. What was the true agenda? There was no deference shown to those killed, maimed, or distraught from this event.

Was Loughner’s ability to purchase a weapon a failure of the system? Simply stated: No. Since there were no flags in his background, and the gun was legally purchased from a local Sportsman’s Warehouse in Tucson. How could Loughner afford to purchase a handgun (about $500), since he had no job?

I visited the store where the gun was purchased. Most anyone from Tucson, is acquainted with the store location. I asked personnel at the store if I could take photos inside and was courteously declined.

The store is typical of a sporting goods store. Nothing really stands out. Walking towards the centre of the store, you see large glassed in display cases filled with knives. Very long to very short. ALL in a LOCKED case.

Rounding the corner to left…took my breath away. The scene was surreal. Ahead were about 75 different hand guns, pegged on a wall, 5 or 6 deep. In other words about 400 handguns hanging on a wall, with absolutely no security, except for store personnel. To the left of the handguns, were about 50 different rifles on pedestal stands. Nothing securing them except for the fact, they were bolted in place. Wandering a bit more: box upon box of ammunition (bullets) neatly stacked on the floor, for anyone to grab. Is this what America has become?

The failure was not in the sale of the gun. The failure was in letting the Assault Weapons Ban expire in 2004 [7], and permitting the sale of such weapons. [6] This included the high capacity clip (30 rounds) sold to Loughner with the gun, all legally obtained. Loughner had indeed exercised his 2nd Ammendment rights.

The second amendment to the U.S. Constitution reads: A well regulated Militia, being necessary to the security of a free State, the right of the people to keep and bear Arms, shall not be infringed. [8]

A well regulated Militia. We already have one. It’s called: The National Guard.

Why does driving a car, require training and insurance? It seems a mystery, that you can purchase a gun easier then cold medication. If you try to buy too much cold medication containing pseudo-ephedrine, you are stopped. Is this the right priority?

The third domino is falling.

Loughner had previously met Congresswoman Giffords [9] at a Congress at your Corner meeting in 2007. He asked Giffords: “What is government if words have no meaning?” Giffords did not respond. Amongst the items seized during a warrant search of the Lougner home, were a letter received from Giffords’ office, thanking him for attending. The words “Die Bitch” were inscribed on the envelope.

An event such as this, requires some forethought and pre-planning. Loughner had to go to 2 Walmarts [10] to buy ammunition for his 9mm Glock. The first store he went to, refused. Evidence on his home computer [11] indicate Loughner had researched topics which included lethal injections and solitary confinement. He took the time to leave a voice mail message: “Hey Bryce, it’s Jared. We had some good times together. Peace out.” [12]

Loughner took a one way cab ride [13] to the Safeway that morning. He entered the Safeway, where he changed a $20 bill, to pay for a $14 cab ride [13]. Why do that? These steps would suggest that Loughner was cognizant of actions. A jury will be tasked to determine if Loughner’s actions were indeed pre-mediated, the act of someone mentally incompetent, or somewhere in-between?

If the gun laws in Arizona are permissive, why did no one come forward that day to stop Jared Lee Loughner? The answer is simple. It was all over in about 15 seconds and one gun clip of 30 rounds [14]. Who knows what would have happened if he was able to reload?

The final domino has toppled.

One thought on “Dominoes to Descent: A look at the Tucson Shooter, Jared Loughner”