Where can I go, when I’m addicted? Betsy is an attractive middle aged blonde, living with her parents. In this economy it is difficult to make ends meet. Appearances are often deceiving. Besty had travelled from the mid-west, to take … END_OF_DOCUMENT_TOKEN_TO_BE_REPLACED 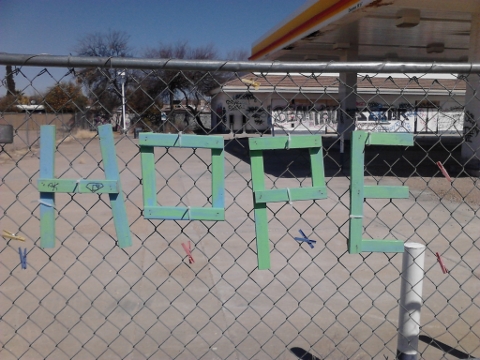 I encounter people who seem to have the notion that once they become a Christian, all will be “well with their soul” as the hymn declares.

Life presents us with difficult challenges and tough decisions. But Disneyland? God never promised this to me! What do we do when the scorching heat of the barren desert experiences comes vaulting into our life? It might be the loss of a job. A sudden lingering illness. The loss of a loved one. Where is God when it hurts so much, I can not make it through another minute? The rescue helicopter is in the distance, but it just flew over once again. They never saw the shouting and furious hand waving. Did God abandon me in the desert to die alone and frightened? There seems to be, no hope. And yet even in the darkest of times, God provides just enough shade for us to make through the next moment.

1 Kings 19 is a natural backdrop. Let’s back up for a moment. In the previous chapter, the prophet Elijah had just called down fire from Heaven to consume the sacrifice. In chapter 19, we find the prophet alone in the desert, running from those that would kill him. He was ready to die. Did you notice something? God does NOT scold Elijah for being depressed. God simply asked: “What are you doing here, Elijah?” God did NOT remove him from the desert. Instead Elijah found a broom tree (chapter 19:4) and sat under it. God provided just enough shade for the prophet to make it through the next moment.

In the desert experiences, faith is refined and proven. God did NOT remove Elijah to an oasis. God does NOT bring us to Disneyland in the midst of a trial. God provided a broom tree, just barely enough shade, to be out of the scorching heat for the moment. Too often we want to escape the seemingly never ending desert experiences. Remember God is with us, even in the desert. Chuck Swindoll said: “Remember past victories. They will sustain us when the negative tide of emotion enters our life from time to time.”

All of us have to come to grips with “the problem of pain” as C.S. Lewis so aptly stated. Does suffering have value? Life is not always a joy. It isn’t always wonderful. It is often times painful.

We are called to be a broom tree and provide shade to a weary world.

“Hope is the thing with feathers,
that perches in our soul.
and sings the tune without words,
and never stops at all.”

Someone asked me to post this — an oldie but goodie

“A friend in Need”

His mind was a tiny island amidst a sea of turmoil. He had known
only anguish and pain for the last several months. What was God
doing in his life? Why was he suffering so? He had never known
such emotional pain in his life. Where was God? Was there even
a God?

His whole system of beliefs had been shaken to the core. Would
he turn away from God completely, or would he embrace God 100%
with his life?. Eternity was in the balance.

He had been a Christian for nearly 20 years now. He had
undergone several tests and trials, but nothing like this. He
was afflicted physically. He was no longer able to work, so he
lost his job. He applied for worker’s compensation since it was
a work related injury. Due to a foul up at the insurance
company, he hadn’t seen any income in two months. Bills were
piling up. He couldn’t apply for disability or unemployment,
because the problem had to be straightened out with the insurance
carrier first.

His marriage was in shambles. They had tried to re-finance their
house several months earlier to help pay some bills. But when it
finally came down to signing the paper work, they lost out
because he was no longer employed; he had lost his job just two
weeks before signing the paper work.

He opened the mail one morning to find he was being sued for
$5,000 by his ex-tenant for evicting him. (Although the tenant
was several thousand dollars in arrears on rent). He couldn’t
understand that. At a time when he needed help and prayer, one
of his closer Christian friends was off enjoying “the pleasures
of sin for season.” The stress created from all these problems
caused a resurgence of his bleeding ulcer. All he was able to
eat was baby food while his ulcer healed. He FELT alone.

The night became his enemy. He remembered those verses from Job,
all to well: “so I have been allotted months of futility, and
nights of misery have been assigned to me. When I lie down I
think, `How long before I get up?’ The night drags on, and I toss
till dawn. (Job 7:3,4 (NIV)). Even sleep had become futile.

He looked at his calendar. It was Tuesday. “Bible Study night”,
he mumbled. He looked at his notes, but he didn’t really need
them. He had gone through the material a few weeks ago, and it
was still pretty fresh in his mind. He knew God in his head, but
he had NEVER known God in his heart. When he needed God the
most, he FELT as if God were galaxies away.

He got into his car and drove the short distance to the home
where he would be teaching that night. He sure didn’t FEEL like
teaching the study. Only one person there tonight. Jon.

He had meet Jon a few month’s earlier, and began working with
him. Jon was a baby Christian, about 6 month’s old. They had
taken an immediate liking to each other. Jon was a typical 21
year old long haired “metalhead.” He had given his life to
Christ a few months ago. Bill was now trying to help him grow in
his faith. “FAITH!” he thought. “If I could only have FAITH,
maybe God will help me to weather this storm.”

Bill and Jon began their lesson that evening on grace. Bill’s
mind was seething in torment all this time. He said all the
right things, but his heart was raw. He was 40 years old. He
had been a Christian for 20 years, and supposedly knew it all.
But all he had was a knowledge of God in his head, but his heart
was totally empty of God’s love and mercy. He continued the
lesson for 15 minutes. At last he could stand the pain no
longer. He wondered, “Would Jon FEEL any differently about him,
if he shared what was happening in his life?” Could Bill risk
exposing his vulnerability this way? What would he think? A 20
year Christian that doubts God’s existence. That doubt’s that
God even loves him? His head told him that he should suffer in
silence. But the pain in his heart grew ever stronger. He was
about to explode.

Bill decided to risk it. He needed a friend more than ever. One
who would understand his pain; one who would show mercy. He had
to risk sharing this with Jon. Even if it meant destroying a
friendship. His tormented soul, writhing in pain, could be
silenced no longer.

“Jon,” he said. “I…I gotta share somethings with you. I need
your friendship more than ever now.” Bill began pouring his
heart out to Jon. A 40 year old child of God, to a 21 year old
child of God. “Would Jon understand this? God,” he prayed he
would.

Jon looked at Bill and said, “I understand. I too am going
through a lot of the same hurts in my life. Of all the people I
have met here at Calvary Church, you alone are the only one who
has ever shown a real interest in me.” Bill looked puzzled. He
never realised his life had ever made an impact on anybody. He
was hearing this for the very first time in his life.

Bill began to sob uncontrollably now. Jon came over, and took
Bill in his arms, and hugged him. Bill realised that night, that
God will use anyone in his life to teach him, if he would be
open and humble to God using that person. He realised that for
too long his FEELINGS toward God, were stronger than his BELIEFS
in God. He needed his BELIEFS to be an anchor in his life, so
he could withstand the negative tide of emotion that had entered
his life from time to time.

For the first time in his life, Bill knew in his heart that he
was fully and completely loved by God. He had used Jon to convey
that message. He knew that God would now work in his life to
bring about the spiritual healing he had been crying out for, and
so desperately wanted. He was reminded of that verse in Psalm
32: “Many are the woes of the wicked, but the LORD’s unfailing
love surrounds the man who trusts in him.” (Psalm 32:10 NIV)

God demonstrated his love and mercy that night to Bill through
Jon. Bill continued to embrace Jon, and through a flood of tears
he finally said to Jon, “I love you, Jon.” Jon, continuing to
embrace Bill said, “I love you Bill, and so does God. Don’t ever
forget that.”

Ed note — This story although fictional, is based on actual real
life experience’s by the author. Unfortunately, all the bad
things in this story, are true, and occurred ALL at the same
time. If your struggling with your FEELINGS and your BELIEFS in
God, this is normal. We need to understand what it is we
BELIEVE. God doesn’t ask us for blind faith!

I am thankful to my many friends, whose prayers have and STILL
ARE sustaining me through this. To date, these problems have NOT
all been resolved. I need to single out two people whose time
and efforts in helping me through this time in my life were,
examples of going that extra mile.

First is my best friend, Brad Bracher. We have known each other
for 15 years. I have realised that this friendship has been just
one of God’s gracious gifts to me. Thank you Brad
for your many prayers, and for your time.

I am also thankful to Pastor Bob Beeman, of Sanctuary. His
guidance led me to a book called “Wisdom Hunter” by Randall
Arthur (Quester Publications). This book helped me to understand
the differences between my FEELINGS toward God, and my BELIEFS in
God. Thanks Bob, for your many prayers.